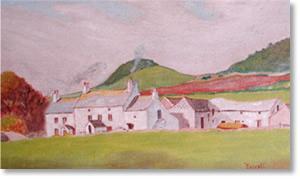 In 1740 Thomas Corrin built part of the old farmhouse. This was extended over the next 100 years to become the same as the current house.

After lengthy discussions with the planning department, structural engineers and historians, we decided the best way forward was to build a replica of Thomas Corrin’s old house. We started this in 2007 and moved in early 2008. 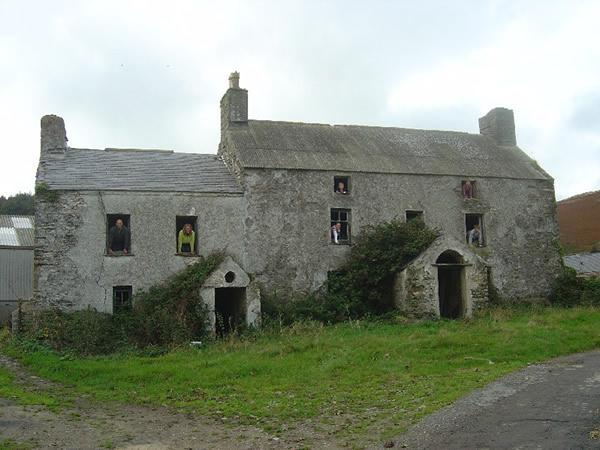 History of The Stables

The Stables at Knockaloe Beg were completed early in the new year of 2009. The old stables were last used in the 1970s for cows and their calves. They were thatched by local craftsman Ned Kennaugh. Since then they deteriorated until we rebuilt starting in 2008. When we cleared out the old building we found evidence of different uses from dairy pens and feeding troughs to many old ploughing attachments. The hay lofts are now the attic bedrooms and the old horse mill is now the garden. In the 1858 map we can see the round building which would have been where the horses walked round milling the grain. When we looked in the Stables garden we found the remains of the four-sided mill. 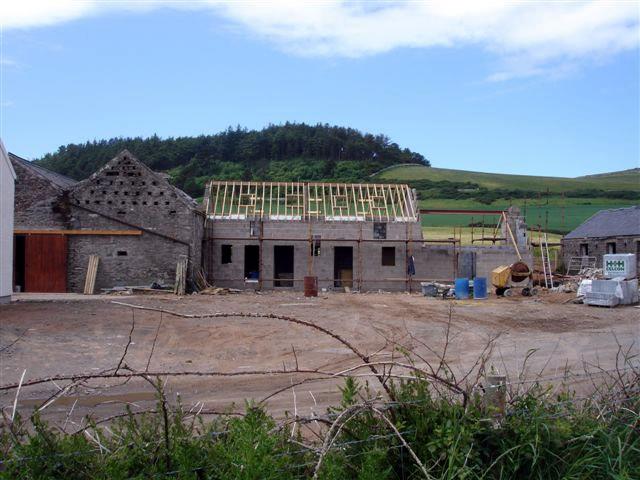 In 1954 John’s father, Ian, pulled down the northern wing of the old Farmhouse with his tractor as it was unsafe! When we were having a historical survey written about the house Pat Tutt called this the ‘Lost House’.

In 2009 we replaced the lost house as an extension for Fiona’s parents to live in. They moved in in 2010 and are very useful neighbours, cooking breakfast for the guests once a week and helping with renovations of the old walled garden and bothys.

The completed house now looks more balanced and similar to the old painting we have of Knockaloe Beg! 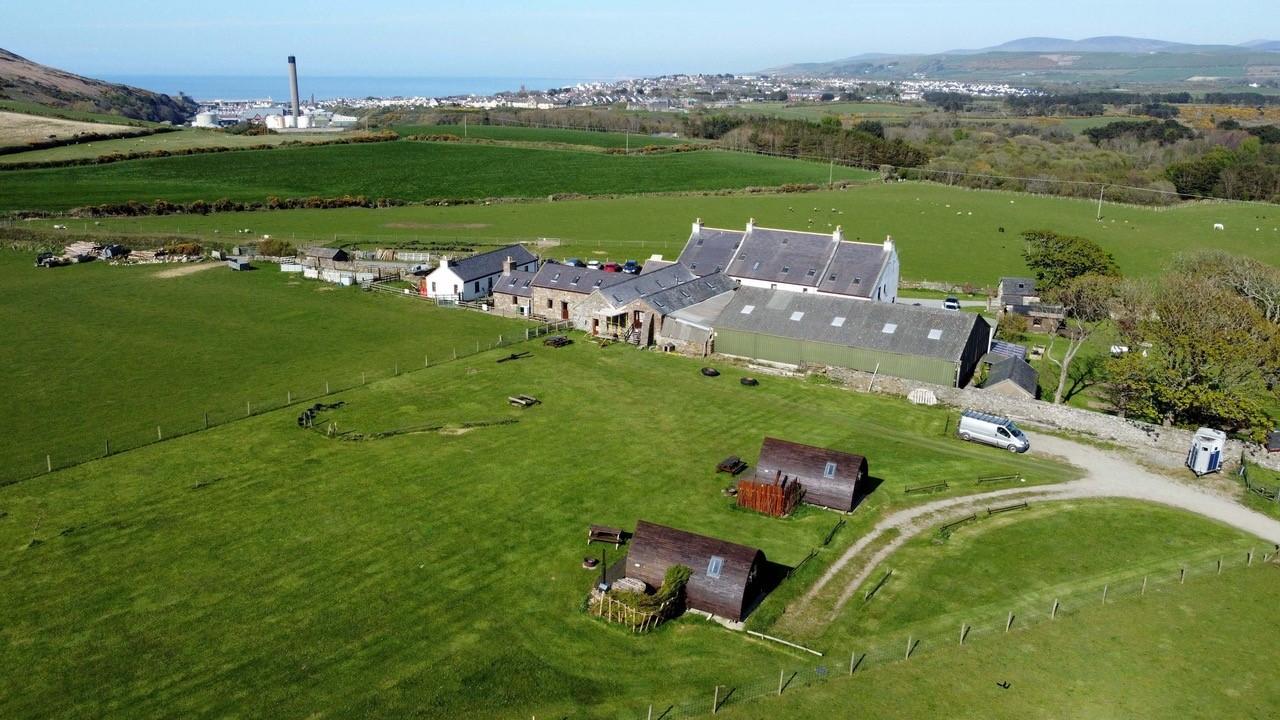 In 2011 we commenced the next stage of our building project.  We had used the old cow shed for many years to house some of our ewes at lambing time but now we have converted it into a lovely 2 bedroomed fully accessible cottage.  We used the existing building but put a new roof on, added some extra windows and rendered and painted it white.

Fiona’s parents have rebuilt the 17th Century 12′ square building in the corner of the walled garden. We have reused the old slates from the farmhouse and used traditional materials. We let this out while Tom is at university. 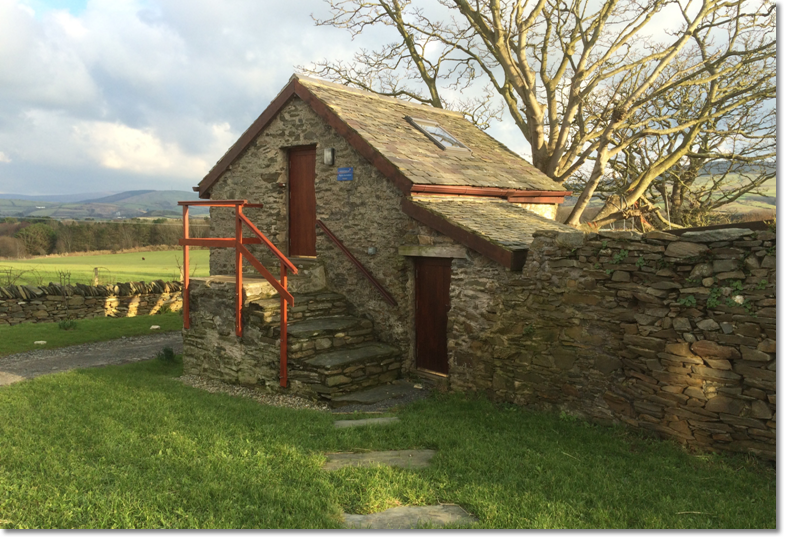